How ’bout This Election? 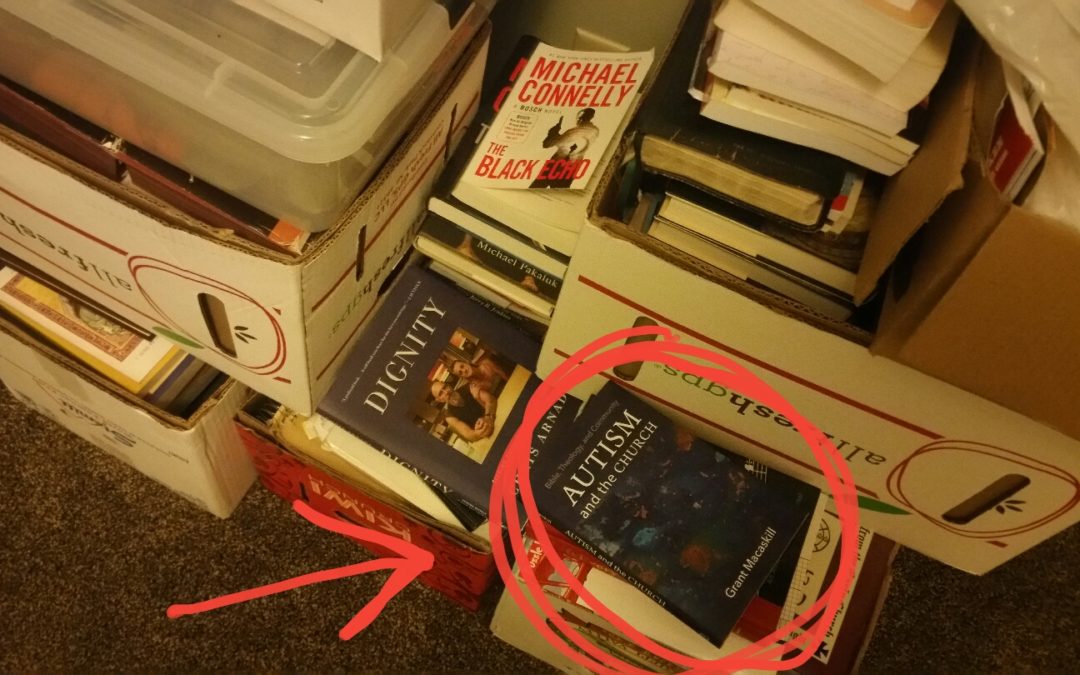 No, not Election as the multigazillion dollar board game to gain control of the imperial city on the Potomac, or Election the deep, prayerful and absolutely always fruitful effort to snap up a Bishop from those dancing ’round the mitre tree.

Election, as in the godly consideration of Predestination, and our Election in Christ, is full of sweet, pleasant, and unspeakable comfort to godly persons… (Articles of Religion XVII)

Grant Macaskill is the Kirby Laing Chair of New Testament Exegesis at the University of Aberdeen. His recently released Autism and the Church (2019 Baylor University Press) is a theological presentation of the Christian Church as a body in which the election of members by Christ – which can include people with autism among those the Lord wills to be his own – wars with the rejection of members by our sinful flesh,

…this raises profound questions about our instinct to like certain people: if, as Paul insists, we are constitutionally sinful, with sinful instincts that are woven into our “flesh,” then perhaps we need to learn to distrust our intuition to like some people and not others…Most people tend to value normality, to be drawn to beauty and to value things with obvious capital value. They like the “likable,” who are like themselves. They value those who demonstrate their worth by participating in the social world and performing well…But Paul [in I Corinthians] challenges them, because these entirely normal values have now been exposed by the gospel to reflect our constitutional sinfulness, our natural opposition to God’s value system.

Macaskill cites examples painfully familiar to any who’ve served on a vestry; a desire for “growth” devolves into a utilitarian agenda; “young people who have the energy to take over some of these committees” and people who are “good givers.” That is, people we “like” because they are useful to what we desire, without reference to who Christ might be liking. Many of us recoiled at the recent news of a Minnesota church that asked older members to “worship elsewhere” to “reset” the church as “more attractive to young people.” That news is a case study of what Macaskill is pointing out.

Autism is one of many social descriptors that challenge our systems of “normal” and “likable.” Macaskill sets out an accessible review of autism, sifting out stereotypes and various scientific assumptions proven false over time.

He lays out four Characteristics of the Autism Spectrum. These differ as to degree and even presence in each person with autism, but it isn’t hard to imagine how they can impinge on a “normal” Sunday in church,

Macaskill is refreshingly honest about how our social conventions are not all intended for ill and certainly can’t be erased to accommodate people with autism. He proposes instead the kind of inclusion (NO! DON’T STOP READING!) drawn mainly from Paul’s New Testament letters, in which people who are not “normal,” useful and attractive to us are valued as elect members of Christ himself, in which stress-inducing circumstances are acknowledged AND (this is why I told you keep reading) in which all parties are responsible to grow in Christ.

Macaskill distinguishes between this Biblical model of inclusion and the kind of top-down administrative edicts that mandate celebration of particular groups. He points out that autistic people should not be romanticized or pitied. They are capable of adaptation. They don’t cease to be autistic, but they can be helped to understand many of the social realities that are important to a congregation and to make their own needs known in a brotherly/sisterly way.

One of the book’s examples is perfume, which can overwhelm the senses of some (thought absolutely not all) people with autism. There is no malign intent in putting it on – a woman getting ready for church should not be faulted or shamed for her normal Sunday routine. The “inclusion” we’ve all come to despise, a top-down ban on perfume in order to “affirm” autistic Christians, is not in order.

Rather, there is mutual responsibility. The person with autism can grow by learning to express discomfort without resorting to yelling or a going into a full emotional meltdown. The woman might choose to temper her freedom (again, in line with Paul’s teaching) by applying fragrance more lightly or not at all in order to make the church experience better for the person with autism. It is an ongoing effort at communication, community and change involving all for the good of all in Christ.

The book offers broad approaches for churches seeking to include people with autism. It’s not a packaged program outline by any means. And the author raises some tough issues that congregations must work through theologically as well as practically, not the least of which is how to understand as members non-verbal autistic people (again, not all are non-verbal) who can’t confess with their lips that Christ is Lord.

Other unflinching treatments in the book include Macaskill’s image of the church as an unavoidable battlefield between the work of the Spirit bearing witness to Christ and our own sin-polluted agendas, and a chapter called The Dark Side of Autism, in which realities like anxiety, depression, addiction and obsessive behaviors are discussed.

With all of the challenges it presents, the book remains a Christian work, testifying to the work of God in Christ. One of my favorite paragraphs captures the sweet, pleasant, and unspeakable comfort to be found in our understanding of election,

When we recognize not just that we are forgiven through Christ, but that the entire grounds of our life and hope lie in him, outside the limits of our own selves, everything changes. I am an addict, and it is important that I face up to that reality, but something more basic defines who I am and forms the basis of my inclusion in God’s kingdom. I am darkened by depression to the point where I see no hope of eternal life, but the certainty of that life is not compromised by the limits of my mental state. I am anxious, but my limited capacity to trust unfailingly that the situation is in God’s hands does not cause him to drop the world with a shrug. Recognizing the priority and exteriority of God’s grace in Christ is a vital pastoral starting point to dealing with the challenging realities of autism.

You might elect to read during Lent. If you have boxes and piles of books around (yeah the picture at the top of this piece is the pile of book boxes in my “dad room”), consider pulling out the one I’ve marked. What the heck, buy a copy and add to your stacks. But read it. It can help us be doers of the word, and not hearers only.

Disasters and Presumptions
Every Life Matters: A Response to Mr. Reno
The Gospel is Not At Stake