The Corrosive Power of Critical Theory 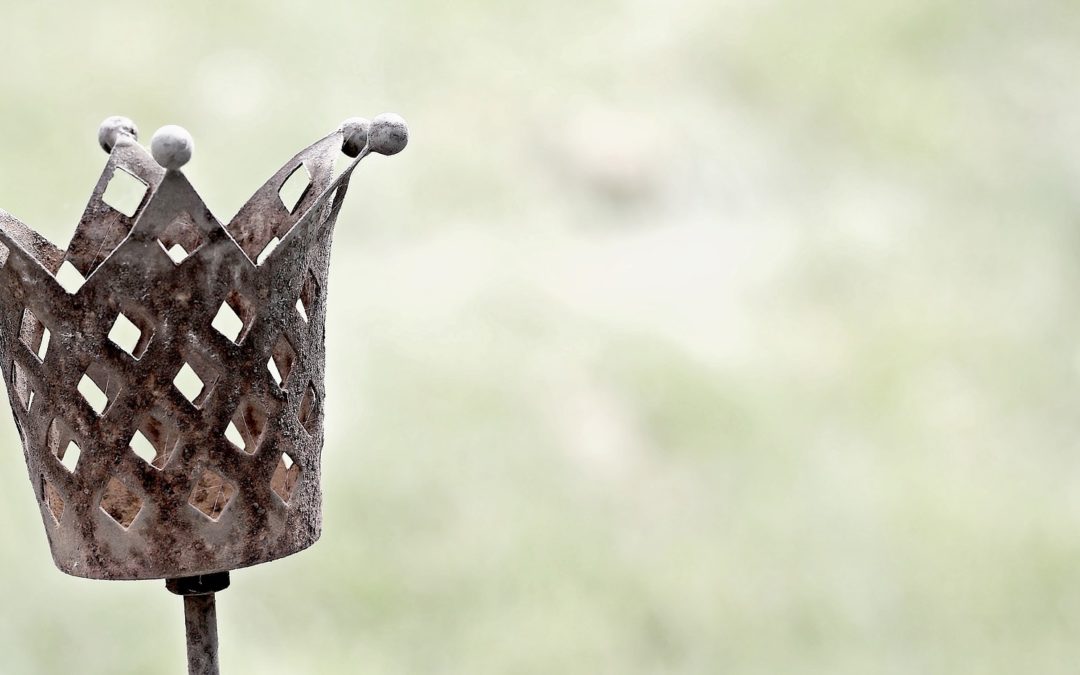 If you do not understand what Critical Theory (CT) is, then be sure to read the first article in this series before reading any further. My guess is that once you know what CT is you will realize that you have been swimming, for some time, in its deep strong current. It is all around us but difficult to identify in Christian contexts because its proponents often deny that they are proponents and use biblical texts (taken out of context) to support Critical Theory narratives.  The purpose of this series is to help Christians, Anglicans in particular, to identify CT, recognize the threat it poses to orthodox Christianity, and to be equipped to refute it.

My previous article met with some strong social media reaction. I do not want to take up too much time answering every criticism, but one response in particular warrants mention. A relatively high-platformed Anglican clergywoman pointed out that Christians have always borrowed language and modes of thought from secular philosophies. This is true. Platonism, Stoicism, Aristotelianism and many other ideas have influenced Christian thinkers throughout the centuries. All truth is, indeed, God’s truth. But that Christians have borrowed from secular philosophies does not mean that all secular philosophies are compatible with Christian thought. There are some ideas–nihilism, literary decadence, deconstructionism for example–that are inherently antithetical to the Christian Gospel. So much so that assimilating their language and paradigms proves necessarily corrosive to the Faith. Critical Theory is just such an idea.

I anticipated this criticism in my original piece:

“Christians who embrace CT…take up the biblical language of the Gospel, calling for ‘repentance’ and ‘reconciliation’ while subtly replacing biblical definitions of sin and repentance and notions of justice with those borrowed from CT. This is often difficult to spot because CT is, itself, a counterfeit of the Christian worldview and it mirrors the biblical pattern of law, conviction, confession, repentance, and redemption.”

CT presents the Christian with a rival anthropology, hamartiology, and soteriology, and with a narrative that, if embraced, leads necessarily to the deconstruction of biblical language and principles. To employ its paradigms and language is to employ what is already a deconstruction and subversion of revealed truths.

Imagine that a skilled artist paints a portrait of a beautiful young woman. A less skilled rival sees the painting and recognizing its quality decides to copy the portrait to the best of his ability, presenting it to the world as if it were his own. But his skill is not like that of his rival. The strokes, the color, the beauty, the texture, all of it is similar from a distance. But when viewed up close, the degradations of the counterfeit become plain. It might be interesting to study the counterfeit by way of contrast with the original to get a better sense of the original’s quality by comparison. But one would not look to the counterfeit as a positive development from the original or as a complementary companion to it. One would certainly not wish to adopt the style and emulate the methodology of the counterfeit as if by doing so the style and skill of the original artist might be better expressed. Likewise to adopt the language and paradigms of CT to express Christian principles is to adopt a counterfeit and lose sight of the original altogether.

But the two women performing in the limelight are Latina. The music and to some extent the dancing, while overlaid with pornographic imagery, are rooted in Latino culture. And that made all the difference. Here’s one response perfectly tuned to every Critical Theory note:

“So, to the people complaining over this show, where do you draw the line of moral decency? It’s OK for your President to behave like a sexist, racist jerk and boast of grabbing women by their ‘p*ssys,’ yet the idea of two Latinas dancing on stage is too much for you. You’re OK with watching men bash into each other as a sport causing severe damage to their brain, yet J.Lo on a strip pole is too much for you to handle? We have seen this kind of racist hatred before. In 2016, Beyonce faced her own backlash for her social justice performance that brought attention to the Black Lives Matter movement. As you may also recall, Janet Jackson was blacklisted for years after her Super Bowl Halftime Show in 2004 after her nipple was exposed, while Justin Timberlake, who did the exposing, got off scot-free. Why is it that only women of color garner such criticism over their performances?”

I do not know a single supporter of the President who thought it “OK” for him to make the boast quoted above. His words were rightly condemned even by his supporters. The author also suffers from selective memory. When Madonna, Miley Cyrus, Lady Gaga and others have engaged themselves similarly in public, their actions met with equal opprobrium. Be that as it may, do not let the charge of hypocrisy distract you from the author’s presuppositions. Her objection is grounded in a notion of frustrated liberation flowing directly from Critical Theory. One way that “whiteness” enforces its patriarchal cultural dominance, thereby protecting its privilege, is by stifling the sexual freedom of women of color. As I noted in my original article:

“CT, like classical Marxism, has no place for God or for Judeo/Christian norms. These are considered tools of oppression, the means by which the forces of ‘whiteness’ and ‘patriarchy’ have suppressed the voices of people of color and women and cultural minorities. A married Latina woman who sleeps around with other women, for example, is not an oathbreaker, adulteress, and homosexual offender. She is a revolutionary, a romantic icon of liberation, taking hold of the freedoms that have been denied to her by centuries of white patriarchal cis-culture. The proper response from her husband and from society as a whole will be, must be, applause and affirmation.”

Kyle J Howard, an evangelical with 17,000 twitter followers, wrote in a series of tweets:

Howard is yet another victim of selective memory. White women who behave in similar ways receive just as much criticism. Setting that aside, notice Howard’s presuppositions. Women of color are beyond judgment by members of more “privileged” groups. By virtue of belonging to two oppressed groups (women and Latinas), the two incredibly wealthy and powerful performers are also classified among oppressed. The real shame lies upon the heads of those who critique their behavior. To do so is to contribute to the weaponization of the figures of women of color. Guilt and shame, as well as virtue and justification, are assigned by membership in (or alliance with) privileged or oppressed groups, not by personal acts of oppression or virtue. A Christian man, especially a Christian white man, must not ask: Does this behavior violate God’s revealed law and his created purposes for human sexuality? But rather, who am I to question women of color? To apply biblical standards to a public performance by women of color is a “sin”. To refrain is justice. The biblical notions of impartial justice and individual responsibility are utterly effaced

Hopping on the bandwagon Jacob Denholander, prominent among the “woke” Christian twitterati, wrote:

Women of color publicly objectify themselves. Human beings made in God’s image portray themselves as mere instruments of sexual pleasure and Denhollander believes the real problem is conservative prudery. Note the mockery and the stereotyping of an entire group, the floor-length jean jumpers, homeschool handbell choir, etc. In biblical terms, this is reviling and prejudicial partiality. Within a CT framework, this is, again, justice.

Imagine the (just) outrage if he had mocked people of color in such a way? But to mock and revile groups perceived to be privileged is right and good and just and, of course, hilarious. It is also advantageous. Tweets like this win for Denhollander, himself a white male, an indulgence from the platformed Christian proponents of CT. This is the sort of thing white men must do to be justified. They must renounce “whiteness”, become “allies in the struggle for justice,” and divest themselves of privilege.

Ekemini Uwan who famously challenged white women to “repent of their whiteness,” and whose work I will discuss in an upcoming article, would be pleased. She, in the aftermath of the halftime show re-tweeted a post by Gricel Medina who describes herself as a “pastora” and “Latina advocate” and, most importantly, “Community Developer Lifetime Achievement Award Recipient”. Medina tweeted:

Medina’s tweets are superb examples of agitation and deconstruction. Clearly the performers were not setting out to celebrate historic art forms and illustrate child birthing techniques. She knows this. The salient point for her is that the performers are members of an oppressed group. Their critics, therefore, are to be shamed. Those finding fault with pole dancing and public displays of sexual immorality are not concerned about moral degradation and dehumanization. They are contributing to the “sexualizing” of women of color. Their objections reveal the misaligned priorities of a “church culture” that ignores the disrespect shown to women in their churches, is complicit in the inclusion of sexual predators on their payroll and gives silent consent to abusive behavior.

To the extent that “church culture” is given over to those things, it is a terrible evil. But are all the “celebrity leaders” who criticized the performance guilty of such things? Has Medina checked the individual biography of each of these “celebrity leaders”? Within the CT framework such questions are irrelevant. Belonging to a privileged group (in this case the “white church” or the church eaten up with “whiteness” seems to be in view) means that unless you visibly and vocally disassociate and divest from those privileges and join the struggle for “justice” you contribute to whatever perceived abuses and crimes have been committed by members of that group.

But should not Medina, who purports to be a Christian and a minister and a “Latina advocate”, along with Ekimene Uwan, Jacob Denhollander, and Kyle J. Howard be concerned about the bodies and souls of women of color, the young minds and tender consciences of the many children exposed to the performance, and the many men and women whose souls are already bound up and enslaved by pornography and join their voices to those who oppose such displays?

Yes, but Critical Theory is corrosive to the Christian sense of virtue and justice. The dehumanization and objectification of women alongside the glorification of untethered eroticism during the halftime show, so obvious to those with a biblically shaped worldview, were invisible to those Christians who embrace its counterfeit. Instead of a crass celebration of sexual depravity, those under the sway of the CT worldview saw liberated women of color expressing their sexual freedom. Instead of conscientious, sincere, biblically legitimate protests by brothers and sisters in Christ, they heard privileged members of an oppressor class lodge cynical objections to suppress women of color.

Racism Is Not Your Biggest Problem
When "Pro-Life" Isn't Pro-Life
Marx Must Increase, Christ Must Decrease