The Number of the Juice 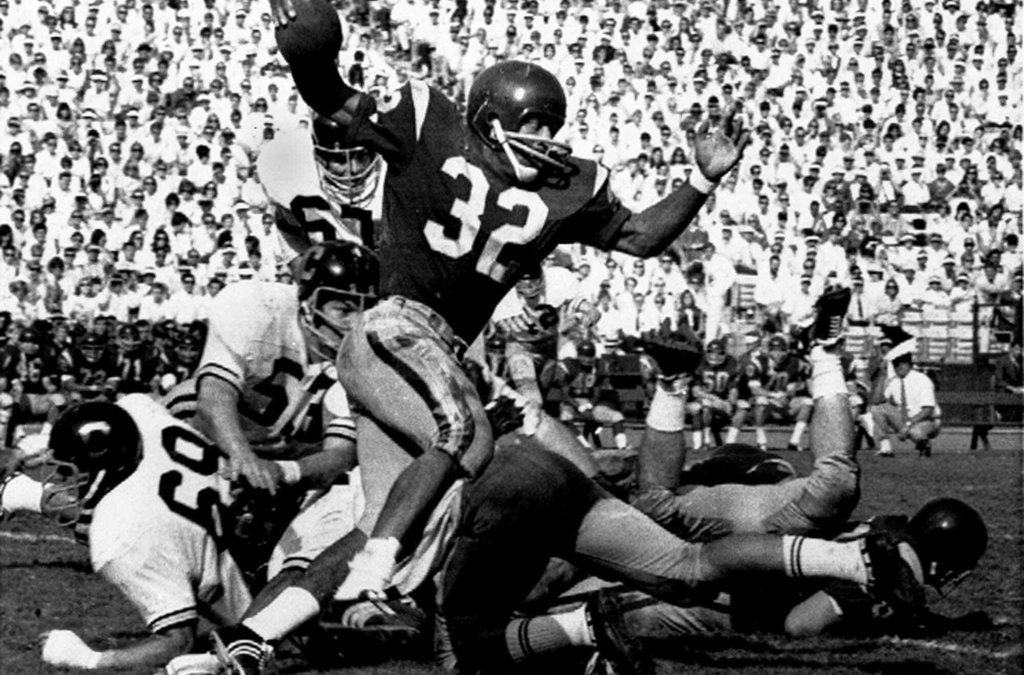 January 23rd was the 32nd anniversary of my ordination as a priest in the Anglican… Church? Communion? [insert organizational descriptor that seeks to mask fracture and incoherence.]

32. That was OJ Simpson’s number. So many amazing convergences between his jersey and my years of ordination…

OJ – Graduated from the University of Southern California with a slew of awards, including the 1968 Heisman Trophy.

OJ – accused of (but it didn’t fit, they had to acquit) double homicide, held responsible for the murders in a civil suit by the victims’ families, later sent to prison for an armed robbery and kidnapping.

Me – suffered catastrophic burnout, left parish ministry for a couple of years, limped to retirement.

Seriously, lives that look like world beaters can be beaten down pretty darn quick.

I made it to retirement, thanks in large part to guilt about providing for my family. There were many people (some of whom might be reading this) who picked me up and kept me slogging along and a very kind (and now also retired) bishop and a patient congregation who helped me stagger across the pension finish line.

So this 32nd anniversary at the altar is a subdued commemoration, but a moment to give thanks just the same. Through all the havoc, I’ve not lost faith in God or doubted His goodness even while feeling the fractures from the mess I’ve been and made. I could still catch glimpses of the heavenly glory from the pit into which I’d careened.

I’m still worshiping, and sometimes celebrating at the altar and preaching, in a local church to which I come not as much for brand name as for its priest’s steady preaching of the magnificent grace of God in Jesus Christ. In addition, it’s a recently planted church, drawing members with zeal to be the Lord’s disciples. It is a holy environment that heals and inspires me.

OK, OK, so what happened? I’m not gonna bleed all over you with all the details. It wasn’t any one catastrophic event. It was all kinds of accumulated stuff, best summed up as character flaws undercutting and overwhelming competence. OJ and I have that similarity, although he’s more newsworthy. Both of us have plenty of gifts, but our proclivities for sin sabotage us.

In my case, a lifetime of expectation that I be a “nice guy” with responsibility for others’ happiness did me in. Yes, that’s a deadly sin (and one for which many clergy are selected and bred by the church): For am I now seeking the approval of man, or of God? Or am I trying to please man? If I were still trying to please man, I would not be a servant of Christ. (Galatians 1:10)

I can make all kinds of excuses for how this… this demon took up residence in my soul. None of them excuse the way this thing was running my life. It smiled as I minced into bad leadership and personal decisions (no, no big, sexy things – just little stupid things, snowballing); it laughed as I made myself sick by caving when I knew I was in the right and those in the wrong were just loud and nasty; it nodded with approval as I avoided discomfort by dissembling or lying my way around potential conflicts; it cheered as I looked away from problems needing my best attention; it danced as I finally collapsed under the weight I’d allowed it to gain in my life.

No, I’m not being black and white and lamenting my life as a total waste of air and space. God blessed most of my seasons with good fruit – sometimes of the super-abundant variety that Jesus promises to those who spread his word. I’ve been favored to bless many lives, many more than those I’ve let down (not to minimize the seriousness and sorrow of those).

If anything, I’ve come to that broken place where the grace of God – His unearned and undeserved favor – is a dazzling reality instead of a topic for discussion. I’ve been broken enough to realize that I live by faith in the Son of God, who loved me and gave himself for me. (Galatians 2:20)

Zechariah 3 is a Bible chapter that comforts me. In the prophet’s vision, a defeated, humiliated priest is brought before God in filthy rags, as Satan stands by poised to spout off about all of the priest’s failures.

But God doesn’t even hear the accuser’s case. Instead, He sends the holy angels and the visionary prophet with an outpouring of compassion and care for the fallen priest,

More than this, God makes the rehabilitated priest a herald of the coming Kingdom of Christ.

This 32nd anniversary of my ordination is not a celebration of one dinky event in that immeasurable Kingdom of God, but a thanksgiving for the grace that is proclaimed by those who preach that Kingdom. It is to stare in awe at the mercy that stifles the accusing glee of the demons and their master. It is to weep in gratitude for a love that rips off garments stained by sin and replaces them with a wardrobe woven with the righteousness of Christ.

I don’t know what the future holds for OJ. His sins are more sexy and splashy than mine, but in a Biblical understanding they are no more severe (he never made bad decisions that compromised a church’s well being, after all). I’ll leave it to the brilliant types that inhabit Twitter to render such judgments, while I pray that the Lord who replaces priests’ soiled vestments will give the Juice a new and unstained jersey in which to run free from evil.

You don’t think God can?