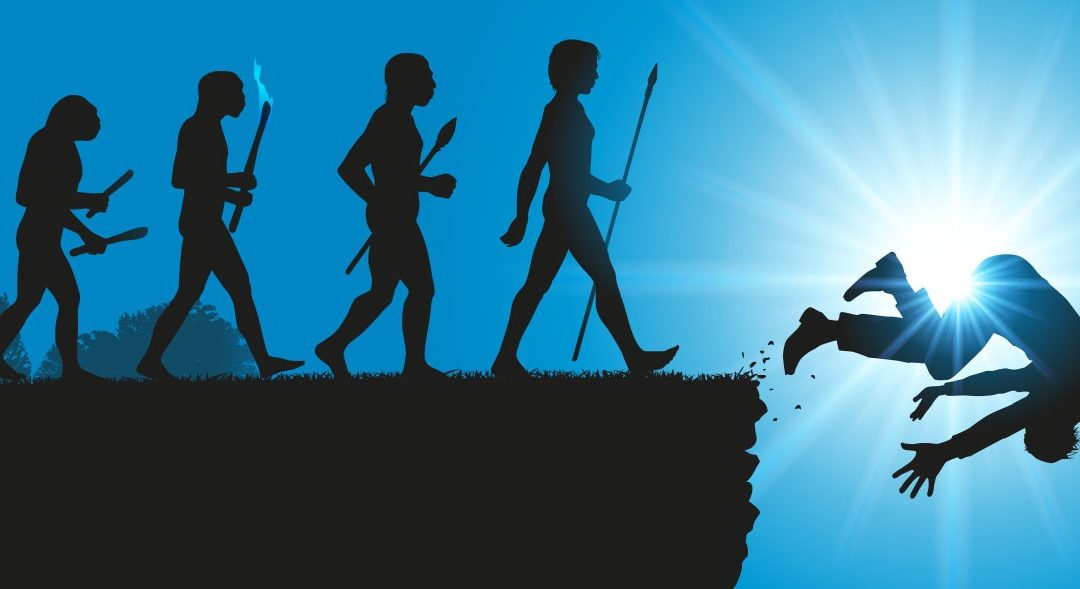 George Orwell famously said, “There are some ideas so absurd that only an intellectual could believe them.” From Hot Air’s John Sexton comes word of a new book that fits that epigram to a tee.

The book in question is entitled The Ahuman Manifesto, whose author is Patricia MacCormack, a professor (of course) of Continental Philosophy at Anglia Ruskin University in Britain. The book’s purpose, other than showing off MacCormack’s eccentric collection of academic interest and extensive  collection of academic gibberish, is to argue for the extinction of the human species. (According to the summary at Amazon, she also takes up “vegan abolition, atheist occultism, death studies, a refusal of identity politics, deep ecology, and the apocalypse as an optimistic beginning,” but those are apparently just rabbit holes to parade faux erudition. The real point is universal genocide.)

Human beings, you see, are a plague on Planet Earth, a killer virus that destroys everything it touches, and above all a monster that doesn’t appreciate the infinite cleverness of mediocre professors from obscure colleges. In order to save other species and avert climate change, we all need to die. Suicide is one solution, but not the only one. MacCormack is also fine with universal antinatalism, i.e., the end of human reproduction, in order to facilitate the end of humanity within a generation.

Her view of humanity seems to be much less her fellow deep thinker:

To give you a flavor of how deep the idiocy goes in modern academia, a couple of excerpts from the Introduction:

The end of the anthropocene (which I will deliberately not capitalize) is the opening of the world. We are beyond questions of why, as it is clear the anthropocene benefits very few living systems and relations. Complicity with the anthropocene has slowly diminished through the vital affirmative work that seeks to destroy the order of knowledge which perpetuates its own values through its claim to truth. The arenas of contestation have remained within anthropocentric discourse, which is the most sinister element of the anthropocene’s limitations on activism. It makes the whole natural world the differend, that nonhuman, nonincluded other who cannot speak or cannot be heard. The death of the anthropocene opens up thousands of voices, trajectories, relations, and necessary activisms. I use death here as it will be used in the entire manifesto: both advocating for the deceleration of human life through cessation of reproduction, thus death of humans (though, as will be made clear, with care as we live out the lives we have), and the absolute end of perception that apprehends all living organisms and relations through anthropocentric-signifying systems. Activism has long affirmed that forsaking power within the system which constitutes it is the way to change it, and forsaking our human privilege is a way to forsake the anthropocene in order to affirm the world. Activism toward nonhumans and and the cessation of bringing new humans are two suggestions, but circumstance will open up radical possibilities that will make the human unthinkable. We are in an age of small tactics, of minor radicalisations, of thinking of ways beyond and ways out, not for ourselves, but for the world. Unlike other revolutions which usually seek to liberate the “we” as specific collective groups, the contemporary world is dividing humans into two, an overwhelming and growing anthropocene, and what I term the ahuman.

Does your head hurt yet? There’s more:

Demarcating the problem always comes with a call to other ways, and I have kept these very simple–go vegan, don’t breed–while other remain necessarily abstract due to their localized and needs-based call to imagination such as death activism and occultism as artistic political practices….

And still more, as MacCormack puts her random phrase generator on overdrive:

The ahuman sees posthumanism in a parabolic configuration to challenge both the evolutionary monodirectional linearity of cyber biotechnic-based posthumanism and the increasing use of nonhuman animals in posthumanism as a devolutionary metaphor. The ahuman’s parabola has in one direction nonhuman animals and in the other something which refuses privilege and signifying systems of the human, but it does not institute a new version of posthumanism which would continue those tendencies albeit in a mutated form. The apex of the parabola is the (now defunct myth of the ) human.

If there is an English sentence in there, it is hiding better than a chameleon in a beach ball factory.

I will admit that, not speaking the foreign language known as Academese, I have no idea what much of this means, especially since, like any good academic concerned only with the guild, she doesn’t bother defining any of her terms. But what it seems to come down to is this: because human are unable to live up to an ethical standard that no other species is even aware of (much less able or willing to live up to), and because for the previous three million years of human existence we didn’t live up to an ethical standard that literally no one thought of before about 1990, we have an obligation to die off so that Earth may return to its pre-human state of paradise.

To say that this is profoundly stupid is being extremely generous. This strikes me instead as insanity in the service of extraordinary misanthropy. Of course, MacCormack denies that she’s a misanthrope, but that carries as much weight as Adolf Eichmann’s claim to not hate Jews–they were just as dead when he got done with them.

Professor MacCormack will no doubt live out her life as a comfortable, well-paid, well-fed, much-feted academic. So much for extinctionist “activism.”

Your Assumption is a Whopper
How 'bout This Election?
You Will Be Made to Comply