You’re Not God. How Does that Make You Feel? 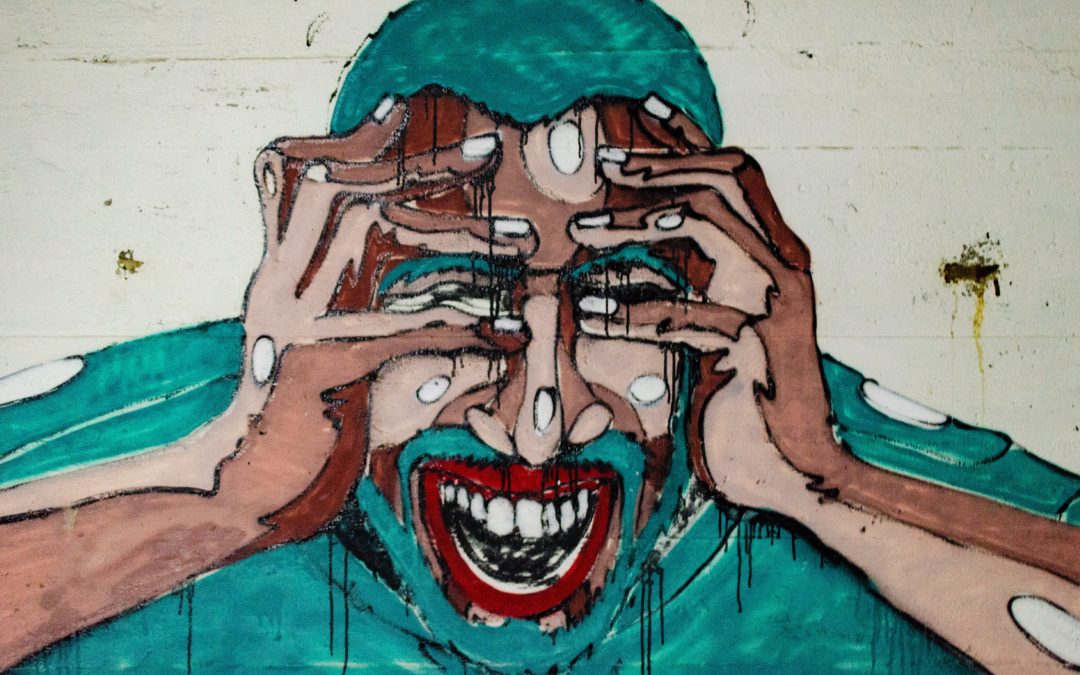 The closing of my kids’ school system has done the seemingly impossible: it has made me identify with the angry mob that stoned Stephen! I know that the stereotype is a parent trying to tell a child something only to have the kid stick their fingers in their ears and go “LA- LA- LA- LA- LA!” to block them out. But I find that it’s not my kids who have their fingers in their ears. It’s me. God bless and be with primary school teachers and homeschoolers, because kids are so loud. It just never stops. And if you don’t successfully interrupt it, it’s exponential! On more than one occasion over these last couple weeks, my wife and I have looked up at each other across the dinner table to find that we both literally had our fingers in our ears. We’re trapped with the little darlings, all day every day, and just couldn’t take it anymore. Now, I haven’t found myself in a murderous rage yet. I haven’t taken up a stone…but—all of a sudden—I can sympathize!

In Acts 7, Stephen witnesses to the crowd: “Look, I see the heavens opened and the Son of Man standing at the right hand of God!” And the crowd “covered their ears, and with a loud shout all rushed together against him.” And they kill him.

Let me give you a little background. In Acts 6, Stephen is described as “full of grace and power,” and as someone who “was doing great wonders and signs among the people.” This means that he was preaching the Gospel of Jesus Christ and doing great works in his name. And—par for the course—this made the Jewish authorities angry, and Stephen is dragged before the council. When he’s asked if the accusations against him are true—that he’s speaking blasphemy against the law and Moses—he preaches a sermon, climaxing in Acts 6:51-53: “You stiff-necked people, uncircumcised in heart and ears, you always resist the Holy Spirit. As your fathers did, so do you. Which of the prophets did your fathers not persecute? And they killed those who announced beforehand the coming of the Righteous One, whom you have now betrayed and murdered, you who received the law as delivered by angels and did not keep it.”

You have to imagine that by this time, the council has about had it up to their eyeballs with this “you rejected and murdered the messiah” stuff. Peter preached it, the disciples have been going around proclaiming it…they’ve been trapped with these new Christians for weeks—all day every day with the little darlings—and they’re starting to get loud. And now here’s Stephen, giving to them again. It’s exponential. It’s driving them crazy. They can’t take it anymore. So they stick their fingers in their ears. Luke writes that “they covered their ears, and with a loud shout all rushed together against” Stephen.

The people “cover their ears” against Stephen’s witness. Against his message. Against the truth that they are sinners in need of a savior. Consider for a moment the distinction between this and the reaction of the people to Peter’s sermon, preached in Acts 2. The climaxes of the two messages are almost identical, aren’t they? Stephen says, “Your ancestors killed those who announced beforehand the coming of the Righteous One, whom you have now betrayed and murdered, you who received the law as delivered by angels and did not keep it,” and Peter says, “Let all the house of Israel therefore know for certain that God has made Jesus both Lord and Christ, this Jesus whom you crucified.” Peter’s audience was “cut to the heart,” repented, and was saved. Three thousand people came to saving faith in Jesus Christ that day. Here, a different audience hears the same accusation, but does not repent. Instead, they grit their teeth and become enraged. They close their ears to the message and murder the messenger. Peter becomes the first human head of the church, and Stephen becomes its first martyr.

In the film Rudy, the titular character desperately wants to attend Notre Dame University, but doesn’t have the grades. Out of options, he goes to see a local priest. After telling the priest his story, Rudy asks, “Have I done everything I possibly can? Can you help me?” And the priest answers, “Son, in 35 years of religious studies, I’ve come up with only two hard incontrovertible facts: there is a God, and I’m not him.” Upon hearing this, Rudy covered his ears and with a loud shout took up a stone…no wait, that’s not what Rudy did at all. But you might have sympathized if he did, right? This is the offensive message that Peter and Stephen preach. This is the message that the Christian Church has been given to proclaim. This sermon, the one preached by Peter and Stephen, is the sermon we’ve been given to preach week after week: there is a God, and you’re not him. Rudy’s a good Christian boy, so he’s not offended. But this is as offensive as it gets! There is a God! You’re not him! He decides right and wrong, not you! You do not make yourself; you are his creation. No wonder Stephen is murdered.

Jesus preaches the same offensive sermon in John 14. He says, “I am the way, and the truth, and the life. No one comes to the Father except through me. If you know me, you will know my Father also. From now on you do know him and have seen him.” This is the claim that makes people cover their ears and want to kill you. It is offensive in the extreme. I am the way. Not you. I am the truth. Not you. I am the life. Not you. Hearing this, we are ready to cover our ears and take up stones. But this is when the Spirit of God moves. And when the Spirit of God moves, something amazing happens. Something that turns the whole thing around.

When the Spirit of God moves, the scales fall from the sinner’s eyes. And then, this very same sentence—“I am the way, and the truth, and the life; no one comes to the Father except through me”—can heard as Good News to the faithful, both the brand-newly faithful or the long-term faithful: you don’t have to find your own way, your own truth, your own life. It is finished in Christ. You don’t have to be God, in charge of saving yourself. You have a God, and he has decided to save you.

It makes total sense that the world stops up its ears and goes, “LA- LA- LA- LA- LA!” when we preach the sermon we’ve been given to preach, when we share the message we’ve been given to share. It even makes sense that, on occasion, we find that it works someone up into a murderous rage. “You are in desperate need. On your own, you are dead.” These are not comforting words unless your eyes have been opened to the truth: you’ve been on your own and have come to realize that you are dead. You’ve tried to make your own way and have discovered that you’re a complete failure. In light of the truth, these words become words of profound comfort. Jesus’ claim to be the way, the truth, and the life can be heard as exclusive, sure. There is no other way, no other truth, and no other life. But hear those words now from the perspective of the dying sinner: There is a way. There is a truth. There is a life. There is Jesus for you.

This is Good News for sinners like me. Like you. You are not the boss. You are a creature, not the creator. There is a God, and you are not him. He decides what’s right and wrong, not you. But listen, sticking your fingers in your ears isn’t going to make it not true. It is the truth. There is a God, and you are not him. So we repent. We repent of our desire to be God. Of our desire to decide for ourselves what’s right and wrong. We repent for the first time, for the hundredth time, or for the millionth time. We repent knowing that we’re maybe only moments away from needing to do it again. We need a savior, and we need one every hour. Now hear that wonder of wonders, the Good News, the Gospel of Jesus Christ…you have that savior: Jesus Christ. Jesus, who lived, who died, and who was raised again. Jesus, who has made a way. Jesus, who is the truth. Jesus, in whom there is life, and life eternally. Indeed, his own life—the life of the very God that you are not—given for you.

Feeling All the Feels: The Holy Spirit and You
Silence of the Lamb: Atonement Theories and the Justice of God
The Stand Firm Podcast