Are the Creeds Enough? 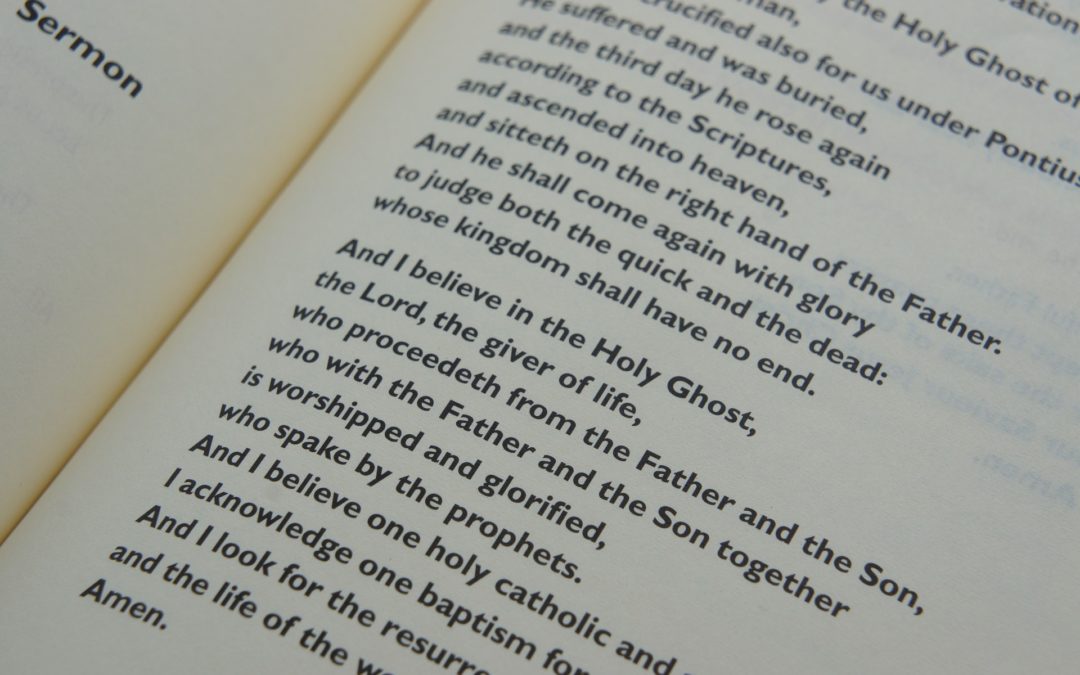 If an ordained leader in the church professes and truly believes the Creeds but promotes transgenderism and homosexual unions, should we accept him as a genuine brother and legitimate Christian teacher?

The question goes to the heart of discipleship; what does it mean to follow Jesus? But it also touches directly on some of the most heated controversies in the Anglican realm. The recent elevation of Bishop Cottrell, for example, who apparently affirms the Creeds but who also promotes same-sex unions to the Archbishopric of York indicates that the Church of England considers the debate over homosexuality adiaphora, that one can fall on either side of the question and remain within the pale of orthodoxy.

Many seeking peace and unity in our troubled times argue that the Nicene and Apostolic creedal formulas should stand as the primary measure of orthodoxy. Going beyond these, they say, will create unnecessary division. If a leader professes faith in the Christ of the Creeds, who are we to deny him/her a place at the table?

There are at least two problems with that answer.

First, it is contrary to the apostolic witness. There is no evidence that the teachers against whom Paul writes in his letter to the Galatians were committing Christolological or Trinitarian errors. They were adding to the gospel of grace. Moreover, in that same letter, Paul lays down the standard by which all teachers are to be measured and it is far more comprehensive than any Creedal formula,

This is strong language. To be accursed (ἀνάθεμα) is to be eternally condemned. Paul does not consider the Galatian teachers to be “in Christ”. He does not consider them legitimate ministers of the gospel.  And this is not because they reject some essential Trinitarian or Christological affirmation, but because their teaching is in conflict with the apostolic deposit, which, for us, has been inscripturated in the New Testament.

The apostle John affirms this principle in his second letter. There John warns against false teachers who do indeed teach an early type of Christological heresy but in the process of dealing with that particular error, he issues this broad declaration: “Everyone who goes on ahead and does not abide in the teaching of Christ, does not have God”(2 John 9)  The genitive “of” probably includes teaching “about” Christ and teaching “from” Christ. The apostles (as we’ll see below) were commissioned by the Lord to teach his word, not only the word that he gave them during his earthly ministry but also the ongoing instruction he promised to reveal through them. And so John, like Paul, indicates that to “go beyond” what the apostles deliver to the Church is to stray outside the bounds of the Faith.

Apostolic teaching is the measure of orthodoxy. This measure would require recognizing the divine origin and inerrancy of the Old Testament since the Apostles and Jesus Christ himself in many and various places affirm its truthfulness and absolute authority as the word of God.

By this standard those leaders who teach that sexual relationships between two men or two women can in any way be blessed or solemnized are not to be considered Christian teachers or leaders but “anathema” even if they affirm the Trinity and Jesus’ dual natures.

Second, rejecting the teaching of the apostles is necessarily to repudiate the Creeds. Even if we only apply the minimal standard of the Creedal formulas, which, as I’ve shown above would be contrary to the apostolic standard, those who teach that same-sex relationship may be blessed must still be counted as standing outside the Christian faith.

The first Christological declaration of the Nicene Creed is: “We believe in one Lord, Jesus Christ.”

The first Christological declaration of the Apostle’s Creed affirms the same: “[I believe] in Jesus Christ, his [God the Father’s] only begotten Son, our Lord.” The Lord Jesus in Mark 7:21 and Matthew 15:19 identifies “πορνεία” (translated “sexual immorality”) as arising from the corruption of the human heart. As NT Wright and many others have pointed out, “πορνεία” in the context of first-century Judaism would necessarily be understood to include homosexual sexual practice along with all the sexual sins identified in Leviticus 18.

Moreover, in both John 14:25-26 and John 16:12-15, Jesus promises to speak to his Church directly through his appointed apostles. Their teaching, therefore, as I have already suggested above, is Christ’s teaching. When Peter, James, John and, yes, Paul, teach, Jesus teaches.

Finally, the Nicene Creed identifies Jesus as not merely a human Lord but as God the Son. “God from God, Light from Light. Very God from Very God”. Paul, in 2 Timothy 3:16, declares that all scripture – that is an all-encompassing statement – is “God-breathed”. If one professes Jesus as God then one must also recognize that the entirety of scripture, Old Testament and New Testament, is His Word.

The Creeds themselves, then, require obedience to Jesus Christ as the One Lord over all things. To profess the Creed but reject the word of God as revealed in the scriptures regarding marriage and sexuality is incoherent. It is, in fact, to reject the Lordship of Christ and to place oneself outside the bounds of Creedal Christianity.

What's In Your Locker?
How To Actually Support The Parents of Theybies
Jesus' Affirmation of Our Sexual Identities