Recategorizing Sex: The Church of England and Civil Partnerships 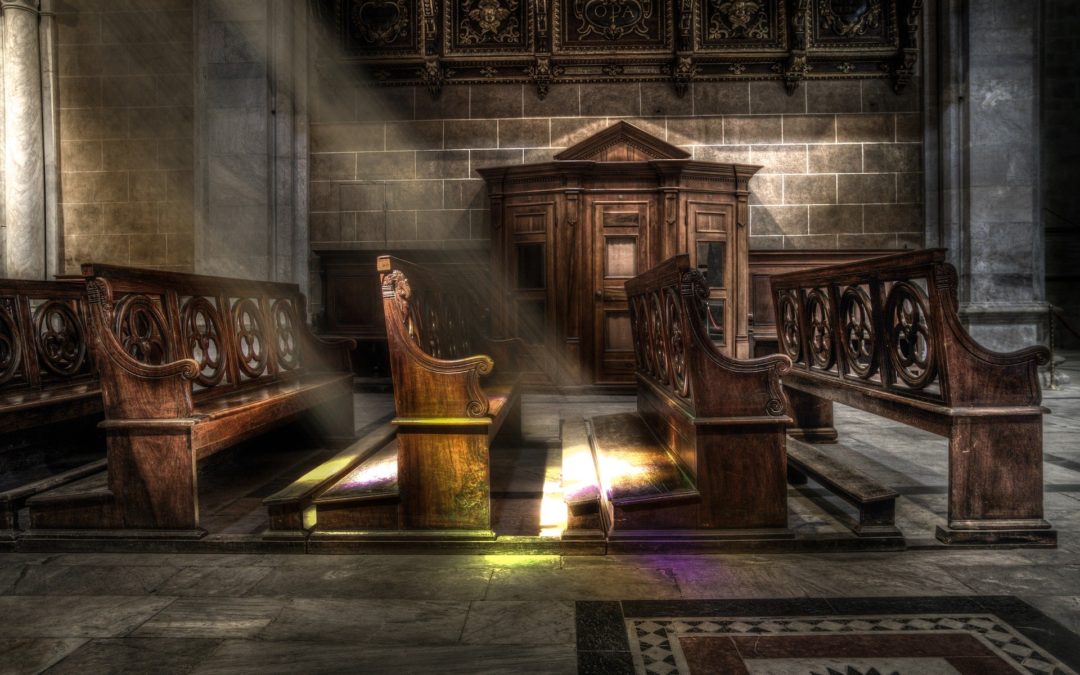 Last week the Church of England House of Bishops released a statement explaining the church’s stance regarding marriage and Civil Partnerships entitled, “Civil Partnerships – for same-sex and opposite-sex couples. A pastoral statement from the House of Bishops of the Church of England.” As many have noted, the statement does not represent any fundamental change in doctrine but it did cause much gnashing of teeth on the part of those who want to change that doctrine.

In the statement, the bishops profess that marriage is between a man and a woman and further, in light of that profession, “…the Church of England teaches that ‘sexual intercourse, as an expression of faithful intimacy, properly belongs within marriage exclusively’ (Marriage: a teaching document of the House of Bishops, 1999). Sexual relationships outside heterosexual marriage are regarded as falling short of God’s purposes for human beings.”

As inhuman and unworkable as that last stipulation may be, it technically falls within the parameters of orthodoxy. Casually observed, the statement appears consistent with biblical standards for marriage and sexuality. The Doctrine of Marriage is upheld and sexual sin (on the part of clergy) forbidden. But appearances can be deceiving.

Many have already noted the Church of England’s confusing record with regard to human sexuality. She officially affirms orthodoxy on the one hand while she elevates clergy, even to the highest of offices, who actively undermine orthodoxy on the other. The effect is incoherence and confusion.

In such a context, one wonders just what the episcopal authors of the statement mean when they write: “Sexual relationships outside heterosexual marriage are regarded as falling short of God’s purposes for human beings.” Is “falling short of God’s purposes” a euphemistic way of referring to sin, something like Paul’s “falling short of the glory of God”?  Or does the phrase subtly set such relationships into some sort of less destructive category, like earning a C rather than an A on a mathematics exam, not perfect, but not entirely a failure either? Is a sexual relationship outside of marriage truly sin which, as a scriptural category, is inherently destructive to the human person? In that case setting someone who teaches that extramarital sex can be good into high church office is unthinkable. Or is it simply not quite the best arrangement but not inherently destructive, in which case such appointments are not necessarily harmful?

There is no such confusion in scripture. Leviticus describes homosexual relationships as an abomination (18:22). Jesus counts the desire for sexual immorality among those inner lusts that “defile a person”(Mark 7:20-23). In Romans 1, Paul describes homosexual acts as an unnatural, contrary to the created order. He refers to homosexual desire as a  “shameful passion” and points to it as the illustration par excellance of human idolatry (Romans 1:26-27). And what of the consequence? Paul writes in 1 Corinthians 6:9-11,

“…do you not know that the unrighteous will not inherit the kingdom of God? Do not be deceived: neither the sexually immoral, nor idolaters, nor adulterers, nor men who practice homosexuality, nor thieves, nor the greedy, nor drunkards, nor revilers, nor swindlers will inherit the kingdom of God. And such were some of you. But you were washed, you were sanctified, you were justified in the name of the Lord Jesus Christ and by the Spirit of our God.”

It’s important to recognize that Paul writes these words to the Corinthian church, perhaps the most dysfunctional, divided, and morally compromised congregations of the apostolic era. No doubt at least some of the original recipients of this letter continued, after their conversion, to get drunk, revile, commit sexual immorality and engage in homosexual practice. Paul does not mean that these sins are unforgivable or that when they are committed redemption is undone. He does mean that the Christian is a new creation. The Christian still falls into sin but sin does not identify the Christian. The Christian sins, repents, sins again. There are sins in the Christian life that seem, for a time, to overwhelm and undo. You find that you do not do what you want to do and what you want to do you do not do. In your inner being, you love the law but there is another law at work in the members of your body waging war against the law of your mind (see  Romans 7:14-24). This is the Christian experience. Nevertheless, you were washed, you were cleansed, you were sanctified, you were justified in the name of the Lord Jesus Christ.

But what of those who have no remorse, no sorrow, for whom there is no desire to submit to God’s law,  who engage in these sins defiantly, impenitently, remorselessly, refusing even to acknowledge that they are sins? These are those who, Paul says, will not inherit the kingdom of God. Sin, unfettered, is death.  This is why Jesus, in one of his most frightful warnings says, “Whoever causes one of these little ones who believe in me to sin, it would be better for him if a great millstone were hung around his neck and he were thrown into the sea.” (Mark 9:42)

Compare these texts to the bishop’s statement. The bishops acknowledge that sexual relationships outside of the marriage covenant “fall short of God’s purposes” and yet she grants her clergy the right to argue publicly against the doctrine:

“Members of the clergy and candidates for ordination who decide to enter into civil partnerships must expect to be asked for assurances that their relationship will be consistent with the teaching set out in Issues in Human Sexuality. While clergy are fully entitled to argue, in the Living in Love and Faith process and elsewhere, for a change in that teaching, they are not entitled to claim the liberty to set it aside.”

The Living in Love and Faith process is a church-wide reexamination of human sexuality that could end in retrenchment, radical change, or something in between. That such a process exists is sufficient indication that the Church of England has swerved a good way from the ardor of the New Testament. One wonders what sort of letter Paul would have written to the Church in England had he heard of such a process. The obvious question is, if the Church of England, at present, considers sexual behavior outside marriage to be a sin in the biblical sense of that word, why give clergy carte blanche “entitlement” to argue for it not only in the “process” but also “elsewhere”? Why allow clergy to lead members of Christ’s flock into sin? Why tie millstones around clerical necks?

The most obvious answer is that when the authors refer to “falling short of God’s purposes” they mean something like making a C instead of an A on a quiz. They do not mean sin in the biblical sense which is turning into the darkness and embracing death. Once that is understood, most of the other inconsistencies in the statement and, indeed, in the Church of England’s stance on sexuality, work themselves out.

When, for example, the bishops address the issue of baptizing children presented by Civil Partners, they write:

“The House considers that lay people who have registered civil partnerships ought not to be asked to give assurances about the nature of their relationship before being admitted to baptism, confirmation and communion. In relation to infant baptism, Canon B 22.4 makes it clear that, while baptism can be delayed for the purposes of instruction (including on marriage and the family), it cannot be refused. The responsibility for taking vows on behalf of the infant rests with the parents and godparents. Provided there is a willingness, following a period of instruction, to give those vows, priests cannot refuse to baptise simply because those caring for the infant are not, in their view, living in accordance with the Church’s teaching.”

This section owes much if not all to the Church of England as an established Church. English subjects have a right to baptism. But it does seem that the right to baptism takes precedence over the duty God has given pastors to shepherd their flocks. Setting aside the spiritual and psychological harm endured by children raised in such circumstances, this regulation requires that sponsors or “parents” participating in extramarital sexual relationships involve themselves in a form of perjury. When Baptising a child, the adults must vow to God and before his Church to raise the child in accordance with the Apostolic the Faith. Two women or two men engaged impenitently in a committed sexual relationship cannot do that. Nor can unmarried heterosexual couples. Baptism requires that they promise to uphold a revealed truth that they in fact repudiate. This imperils their souls. But since the pastor is forbidden to require assurances that the “parents” and sponsors are willing to uphold biblical sexual norms, he cannot help them. The same dilemma arises in the context of Communion. To receive Communion while engaging in sin unrepentantly, defiantly, without any remorse or desire for amendment, is, according to the Apostle Paul, deadly (see 1 Corinthians 11:17-34). But pastors are, again, forbidden to ask for assurances that this is not the case. It is difficult to understand how any faithful church, bound to the Government or not, could submit to such a rule unless, again, by “falling short of God’s purposes” the Church of England does not mean sin.

“With opposite sex civil partnerships, and with those for same sex couples, the Church’s teaching on sexual ethics remains unchanged. For Christians, marriage – that is the lifelong union between a man and a woman, contracted with the making of vows – remains the proper context for sexual activity. In its approach to civil partnerships the Church seeks to uphold that standard, to affirm the value of committed, sexually abstinent friendships and to minister sensitively and pastorally to those Christians who conscientiously decide to order their lives differently.”

That last phrase, “…minister sensitively and pastorally to those Christians who conscientiously decide to order their lives differently,” is, in biblical terms, a study in contradiction. Those who conscientiously decide to engage in a sexual relationship outside of marriage have, with that decision, stepped outside the bounds of the Christian faith. Their eternal destiny is, of course, God’s business. In such cases, we pray that God might have mercy and bring the couple to repentance. But formally speaking, they are no longer “Christians” and they risk the condemnation Paul warns about in 1 Corinthians 6:9. The only way to minister to them pastorally and sensitively is to warn them that the end toward which their impenitence leads is eternal punishment and invite them to return to Christ and be forgiven. That is, of course, if extramarital sexual engagements are indeed sinful. If they are simply “improper” or mistaken or not quite the best but not inherently destructive, the contradiction is resolved.

As one who has been perplexed by the Church of England which officially confesses the Doctrine of Marriage while in practice subverting it, this statement comes as a revelation. In the past, I supposed that the Church of England was attempting to move questions of human sexuality into the biblical category of adiaphora (non-essential), matters over which believers may conscientiously disagree without division. But now I see that my supposition was incorrect. Adiaphora are matters left to the individual conscience. There is no universal “better” for example when it comes to consuming wine. The Church would overstep her bounds were she to declare: teetotaling is best and drinking a glass of wine with dinner falls short of God’s purposes. Now it seems that instead of adiaphora, the Church of England has set human sexuality into a new extra-biblical category. Instead of sin and redemption, heaven and hell, law and Gospel, or even essential v. non-essential, sexual choices have to do with best practices. Sexual engagements outside of marriage do not quite meet the mark of human flourishing but neither are they defiant offenses against a thrice holy God. An “A” is best but a “C” will do.