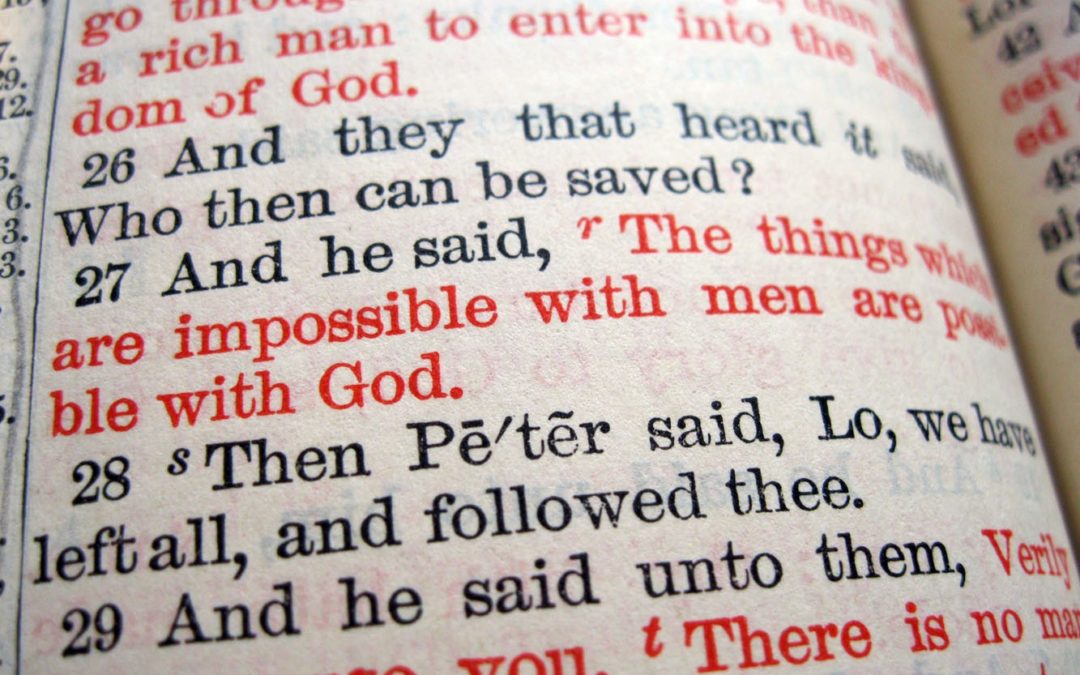 The collection of totalitarian tools who call themselves “Red-Letter Christians” have put out a screed against the killing of Iran’s Qassem Soleimani, the commander of the Iranian Revolutionary Guards’ elite Quds Force. It is exactly what you would expect from the Usual Suspects.

Soleimani is known to much of the world as the most deadly terror-master on the planet, a man who is responsible for the deaths of hundreds of Americans, and tens of thousands of others. The terrorists under his command, in addition to Iranian units, include the Jew-hating killers of Hezbollah, which has never come under the scrutiny of the Reds. To the Reds, however, Soleimani is simply “a powerful leader in Iran.”

That’s it. That’s literally all they say about him (OK, they do mention that he’s a general). Nothing about his career killing civilians, or killing soldiers of countries Iran wasn’t at war with. Certainly nothing about the events of the previous several days in which the U.S. Embassy in Baghdad had been attacked on his orders, an act of war (the perpetrators even spray-painted “We are Soleimani’s” on the embassy walls). Nothing about U.N. Security Council Resolution 1747, which forbade him to travel outside Iran. Nothing about the sanctions the European Union placed on his in 2011 after declaring him to have been “involved in terrorist acts,” a finding seconded by Switzerland that same year. Nothing about his running weapons to Syria to help Bashir al-Assad kill hundreds of thousands of people in the Syrian civil war. Nothing, in short, that might explain why the United States took the action it did.

Instead, the screed is full of the usual moralizing and faux Jesus-talk that the Reds specialize in. They write:

We Red Letter Christians, who go by this name because the teachings of Jesus in many Bibles are highlighted with red letters, believe the act of killing Qassem Soleimani is a direct contradiction to the core moral teachings of Jesus.

Given that the “core moral teachings of Jesus” are given to His followers rather than to the Roman Empire, or to any other government, I’m not sure why the action of a secular government–one that, according to Paul, has been given the power of the sword, and “carries out God’s wrath on the wrongdoer” (Romans 13:4)–should be directed by those teachings, but that’s a conundrum that the Reds never, ever deal with. They go on:

Christ himself put it plainly: “You’ve heard it said ‘an eye for an eye’…But I tell you this, love your enemies…” (Matthew 5:38, 44). We believe that when Jesus said we are to love our enemies, at a minimum he meant we shouldn’t kill them. Anytime we rejoice in death, we betray the One who loved his enemies so much he died for them.

OK, so we don’t rejoice over the death of a Soleimani. And I don’t. The killing of any human being, no matter how just and necessary, is always an expression of the fallenness of the world. But does that mean that killing is always wrong? Sadly, it doesn’t, especially when it is the government, using the authority given to it by God, that properly kills someone who has committed crimes against humanity and will, if not stopped, destroy the innocent at every opportunity. The complete lack of concern with Soleimani’s record, frankly, gives the lie to the Reds’ claim of being concerned with the “core moral teachings of Jesus.” In fact, what they are concerned to do is meddle in secular politics, and seek to impose their own leftist ideology upon a secular government without concern or even notice of what those outside of their potential sphere of influence have or are doing.

Not all Christians are pacifists and some adhere to the theology of “just war theory” popularized by Augustine in the fourth and fifth century. We invite all Christians to join us in denouncing this recent act of aggression by the Trump Administration.

We recognize that the murder of General Qassem Soleimani not only violates the teachings of Christ, but also violates the core principles of just war doctrine which includes last resort (all other peaceful means have been exhausted), right intention (not just revenge), just cause, proportionality (violence must be proportionate), and competent authority.

Fats Waller famously said of jazz, “if you don’t know what it is, don’t mess with it.” That should be the Reds’ approach to just war theory, which they don’t even begin to understand or be able to apply to the Soleimani situation (which was not a “murder” because it was done under legitimate government authority). To wit:

*Last resort: is not meant to be another way of saying “never.” Last resort is determined pragmatically and situationally. In Soleimani’s case, there is no evidence that he intended to ever give up terrorism, since he had ignored every attempt by the civilized world to change his behavior.

*Right intention: “Retribution” is not just another way of saying “revenge.” In Soleimani’s case, it was a matter of extracting justice in the only way possible. Washington has also made clear that part of the purpose of the attack was to prevent future attacks, a perfectly good motive for acting.

*Just cause: Tens of thousands dead on Soleimani’s orders constitute just cause for his execution. The Reds are the kind of deep thinkers who would have protested the execution of Hermann Goering because he never actually flew a bomber over London.

*Proportionality: Killing one man to provide justice for tens of thousands of victims? Yeah, that seems pretty proportionate to me.

*Competent authority: that would be the U.S. government, no matter what you think of Donald Trump personally.

The Reds go on to say:

Violence does not quell the fires of hostility and hatred, it perpetuates them.

They can say this over and over again, like a mantra, but it will not change the fact that it is nonsense. Under the right circumstances, violence is the only way to stop “the fires of hostility and hatred.” Germany and Japan are the most obvious examples of that, but they could be multiplied. It is also the case, however, that sometimes it isn’t possible to stop those fires from burning, in which case it’s better to do what can be done to minimize harm. Taking out Soleimani is akin to the hypothetical question, “would the world have been better off if Hitler has been killed in 1934?” Given what we know of those around him, the answer to that question is almost certainly yes–war might well have been averted, and even if it had come, it likely would have been fought in such a way as to avert the slaughter of millions. People will still die now that Soleimani is worm food, but it’s likely that far fewer will than might have otherwise, at least from terrorism.

If you’ve been following this morally bankrupt “movement” for any length of time, you won’t be surprised at the signers of this tripe: Shane Claiborne, Tony Campolo, Brian MacLaren, John Pavlovitz, Nadia Bolz-Weber, Ron Sider, Otis Moss III (Jeremiah Wright’s successor), Shaun King, Diana Butler Bass, Don Pagitt, William Barber, and a cast of dozens. (The only really notable exception is Jim Wallis, who must be out of the country or something.) Hopefully, they all feel better about themselves for indulging in this kind of preening nonsense. It certainly won’t have any affect on anything else.